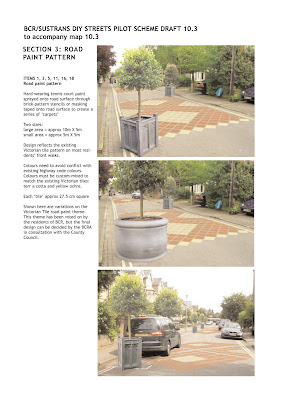 The Roadwitch Trial went through its 'installation' (aka 'prank') phase from 2002 to 2006, whereupon the street was approached by Sustrans to consider forming a residents' association and piloting a do-it-yourself street redesign experiment. Sustrans' DIY Streets pilot scheme included 11 streets in Britain who were interested in working with their local councils to create an inexpensive alternative to the traditional Homezone. Beech Croft Road's design has been approved after three years of consultation, negotiation with the council, and design refinement. Oxfordshire County Council officially approved the scheme in March 2010 and implementation is being planned gradually over the summer of 2010 with a hoped-for completion in autumn 2010. For more details of the design and progress of this exciting project, visit www.beechcroftroad.org.uk
Posted by Wayne Kershaw at Wednesday, June 23, 2010